Get a taste of Irish cuisine with these St. Patrick’s Day Food ideas that include dinner, side dishes, soups, appetizers, and desserts. Some of these recipes are traditional Irish recipes, while others are creative twists on the classics.

Instant Pot Corned Beef and Cabbage from I Don’t Have Time For That! 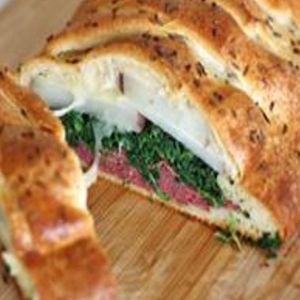 Irish Chicken and Dumplings from Allrecipes

Bacon and Cabbage Pie from SAVEUR

Bangers and Colcannon with Guinness Onion Gravy from Closet Cooking

Beer-Glazed Sausage and Apples from Better Homes and Gardens

Irish Colcannon (mashed potatoes with cabbage and bacon) from KitchMe

Guinness and Irish Cheddar Macaroni and Cheese from Celebrating Sweets

Reuben Dip from A Farmgirls Dabbles

Irish Cheddar Whiskey Fondue from All Roads Lead to the Kitchen

Reuben Egg Rolls from Will Cook for Smiles

Cheddar Ale Soup from Will Cook for Smiles

Bean and Sausage Stew from SAVEUR

Irish Apple Cake from The View from Great Island

Vanilla Custard with Strawberries from SAVEUR

Irish Shortbread from The Kitchy Kitchen

Making a strawberry pyramid: 5 projects with simple instructions for your own garden