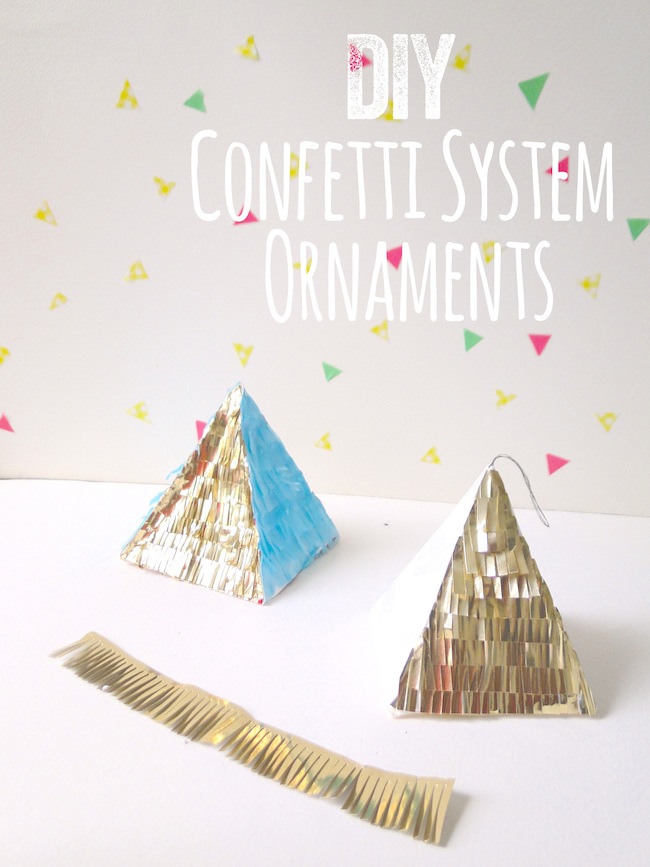 I’ve always loved Confetti System’s party decorations, but have never been able to afford them.

My first attempt was the pyramid-shaped ornaments. Here’s how I created them: 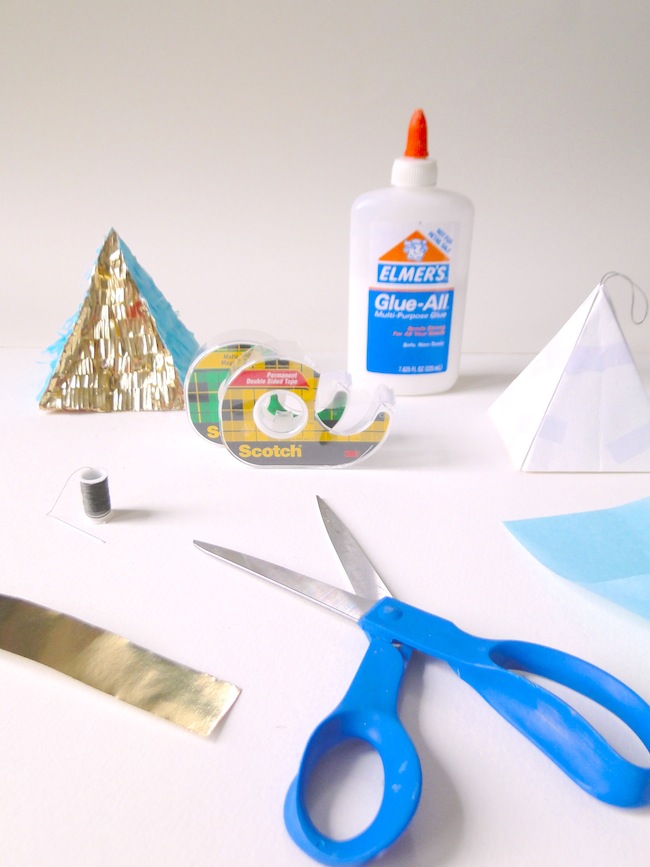 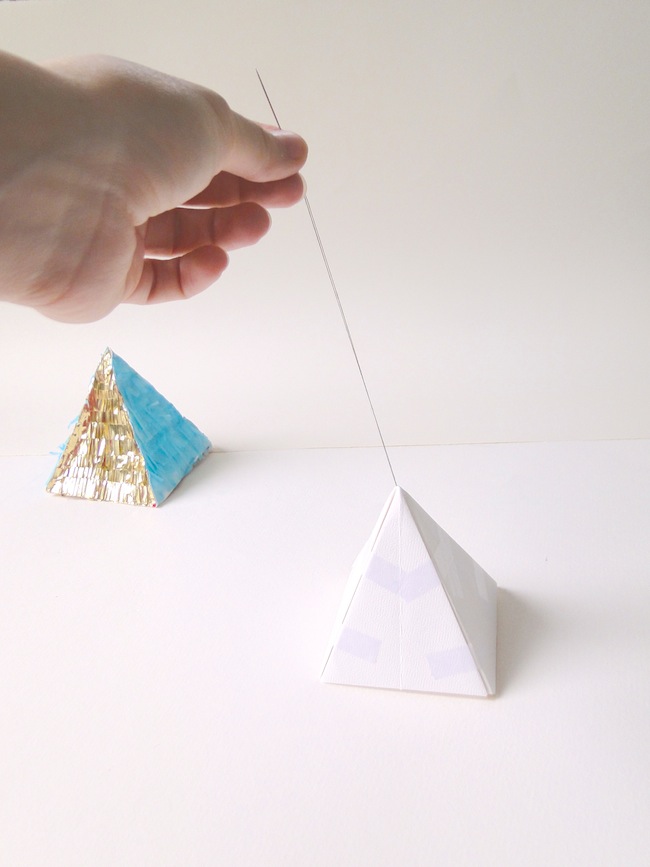 Step One: Follow these video below to create the initial pyramid shape out of your paper.

The bottom will be open. Insert the needle and thread through the bottom of the pyramid and back out through the point at the top. Make sure you’ve tied a knot in the end of the string so that it doesn’t come the whole way through. 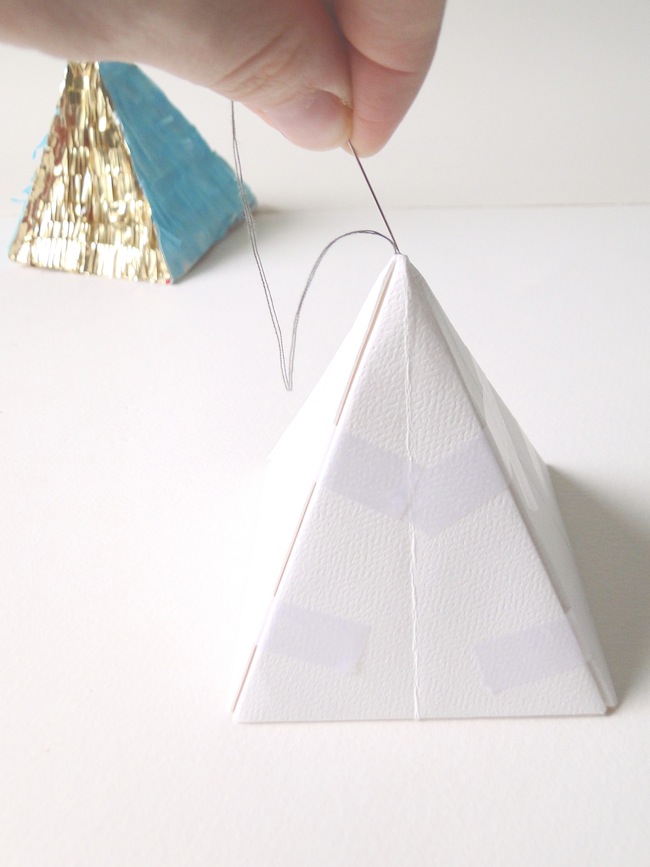 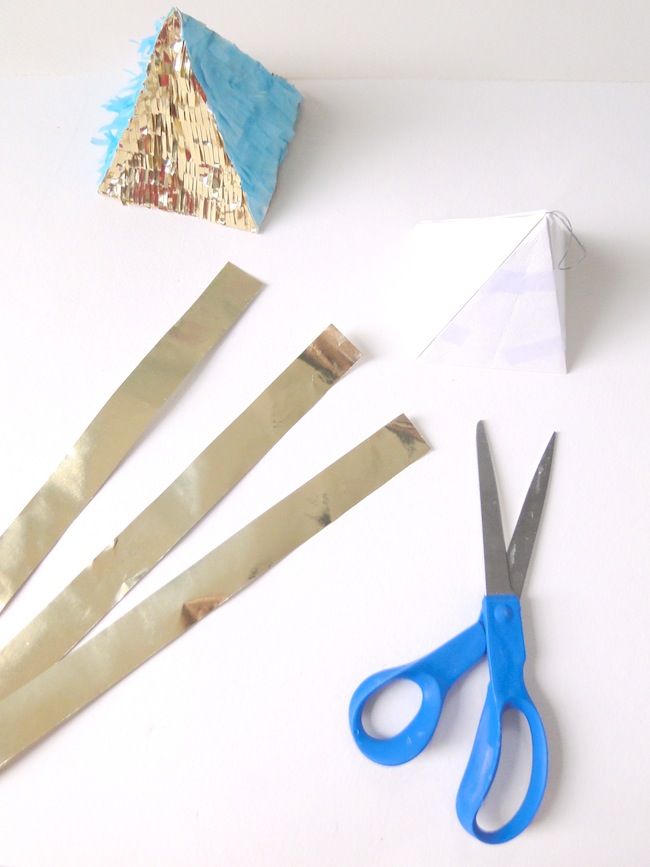 Step Three: Cut your metallic paper into one-inch strips using a paper cutter or your scissors. 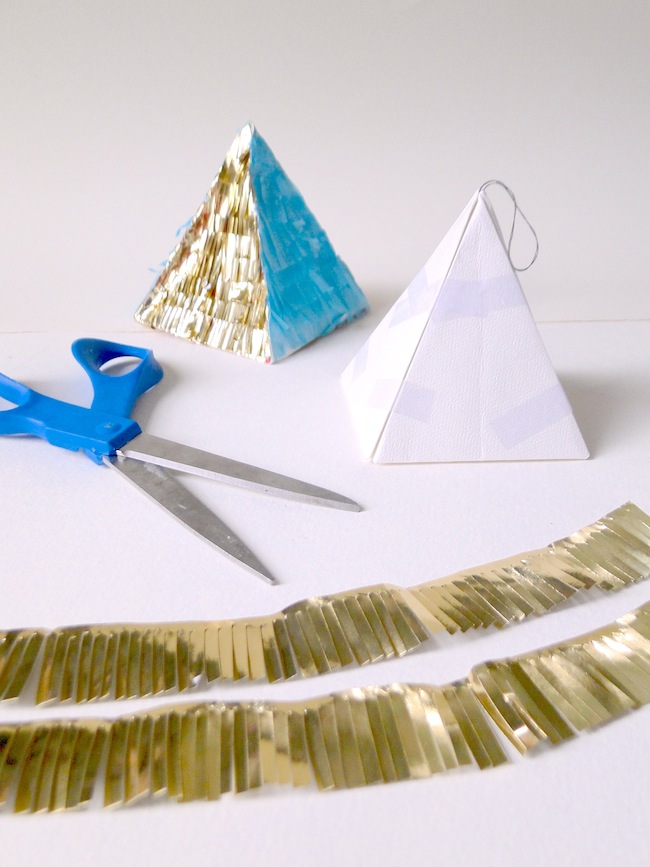 Step Four: Stack the cut metallic paper into piles of three or four and cut fringes into it. 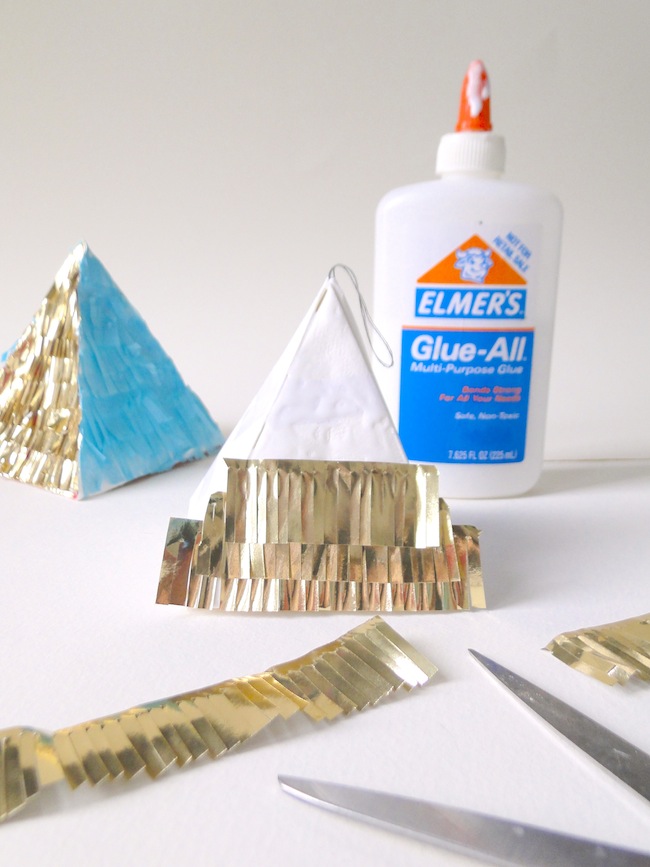 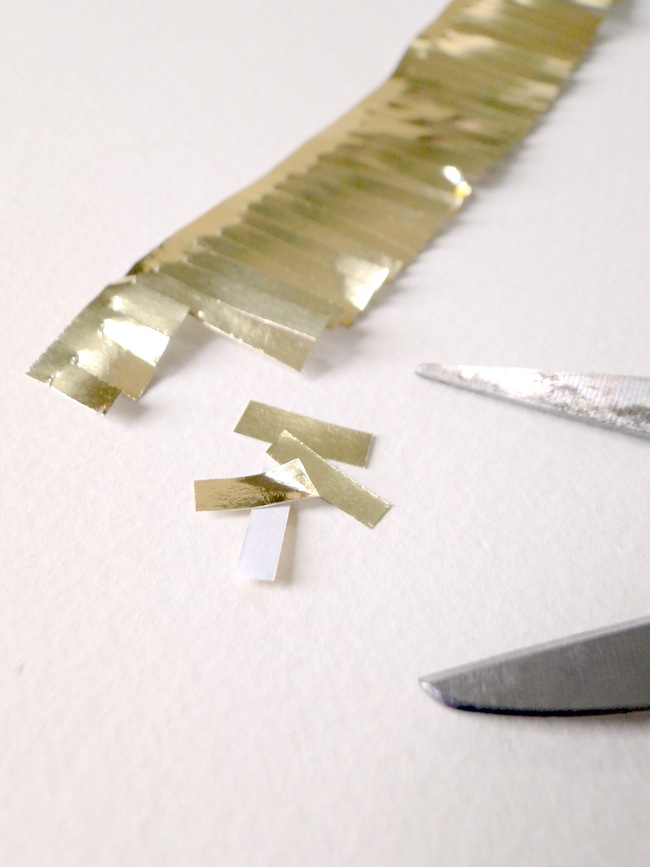 Step Six – For the very top strip, cut the fringe so that it is a bit shorter and place it at the very top of the glued side of the pyramid. 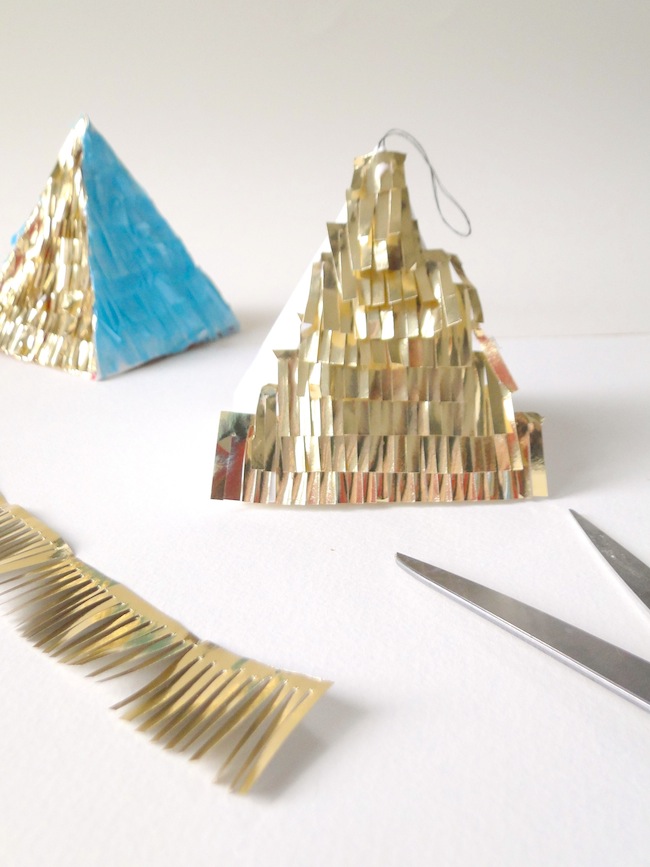 Step Seven – The edges will be rough. Trim them so that they are even with the glued side of the pyramid. They will look like this when you are finished: 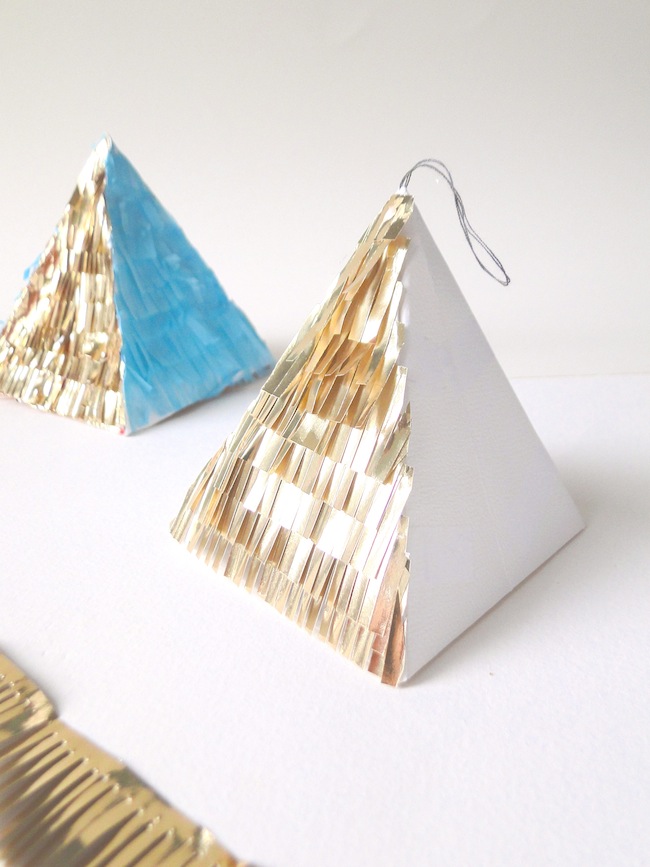 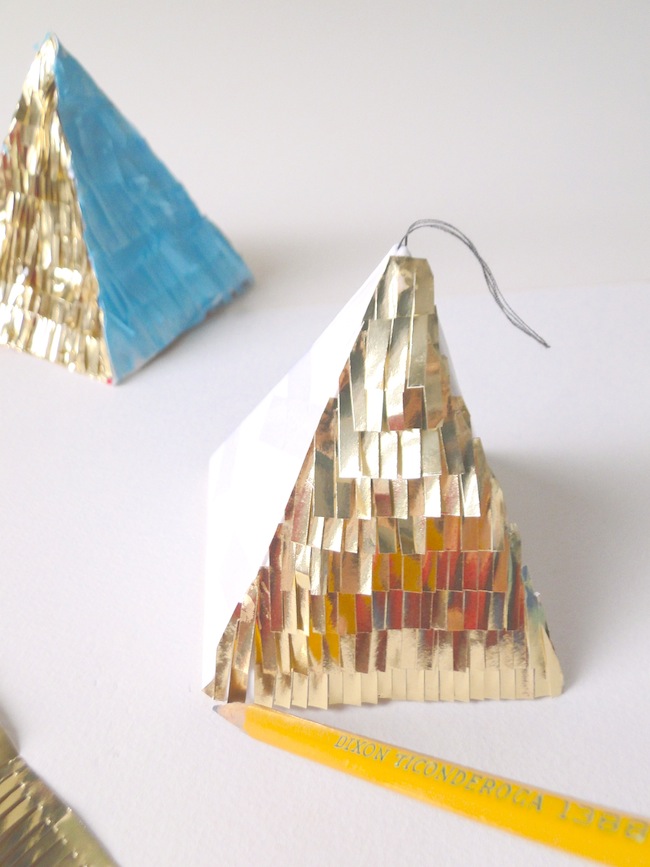 Step Eight: If you’d like to put a bottom on the pyramid, place it on a piece of the same sturdy white paper and trace the shape of the bottom with a pencil. 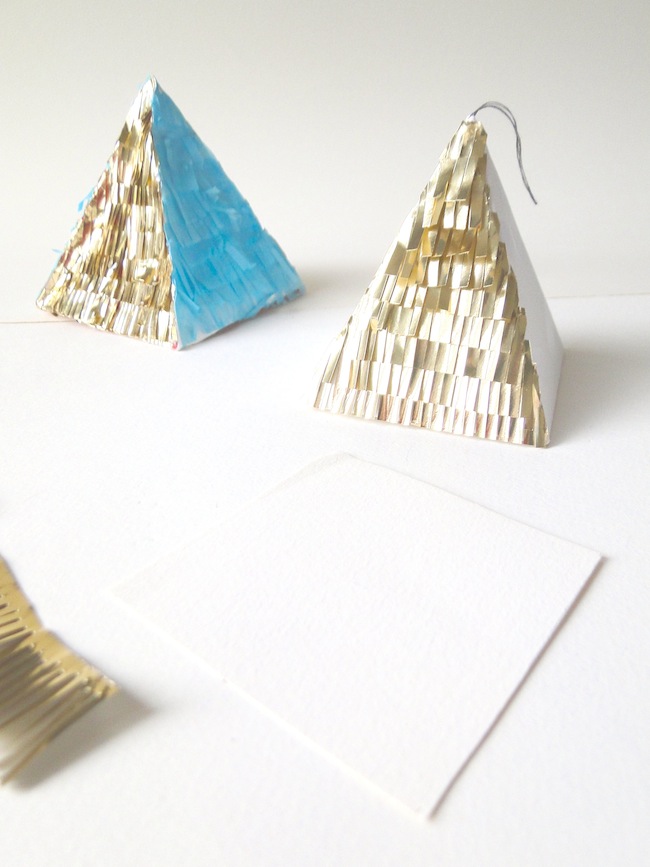 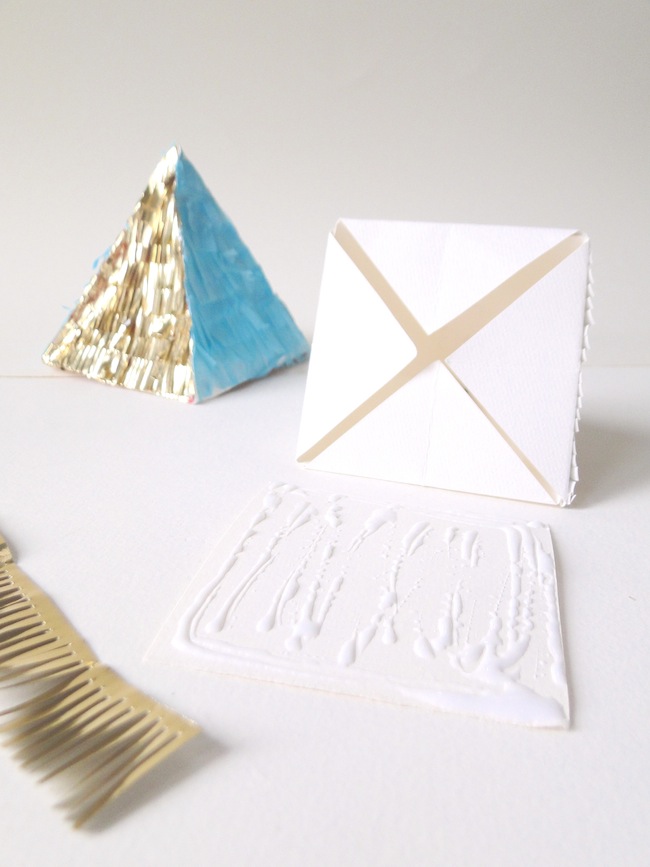 Step Ten: Cover the shape in a thin layer of glue and place it on the bottom of the pyramid like this: 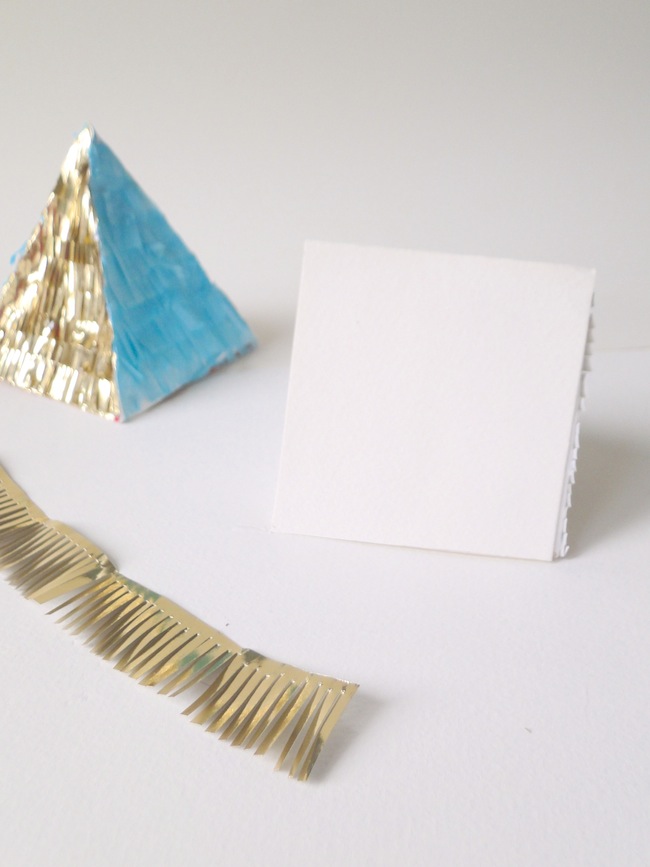 Repeat on each side, alternating between tissue paper and metallic paper until all sides are covered. Hang and enjoy! The whole thing took me about an hour, although I’m sure that since I know what I’m doing now any others would go much more quickly. I can probably work on them here and there until the holidays roll around. I think these would be great for New Year’s decorations too and even parties.

You can try find out more about
DIY ‘CONFETTI SYSTEM’ ORNAMENTS