You’ve probably been seeing a lot of naked cakes lately. To my knowledge, Momofuku Milk Bar is credited with both starting and popularizing the trend. (I’ve always wondered who first had the balls to step away from their cake, after setting the cake layers atop one another but before applying the crumb coat, and announce”And, done!”)

When a lovely client asked me, with genuine concern in her voice, if I could do a naked cake–I mean whether or not I had the skills to pull something like that off–I sort of chuckled to myself. Fact is, every single one of our cakes is naked before we ‘dress’ it with layers of buttercream (a crumb coat and a second, smoother coat) and then a final layer of either buttercream or fondant. Yes, I told her. I think I can handle it.

The client gave us some flexibility in the final naked style, and Callan and I agreed that we like it best when the cakes’ sides still look straight. Such a cake requires empty spaces to be filled in, and therefore has more buttercream than traditional naked cakes with only cake and filling, hence the description “scantily clad”.

I’ll never forget Callan and I just standing there, staring at the cake after it had been stacked, both a bit dumfounded.

And off we went to deliver it. It wasn’t until the flowers were placed on it that I fell in love. (I’ve followed Saipua on Instagram for a while, and when I walked into the New Haven Lawn Club I knew instantly why.)

Here are the photos of our first official scantily clad cake adorned with Saipua’s flowers. 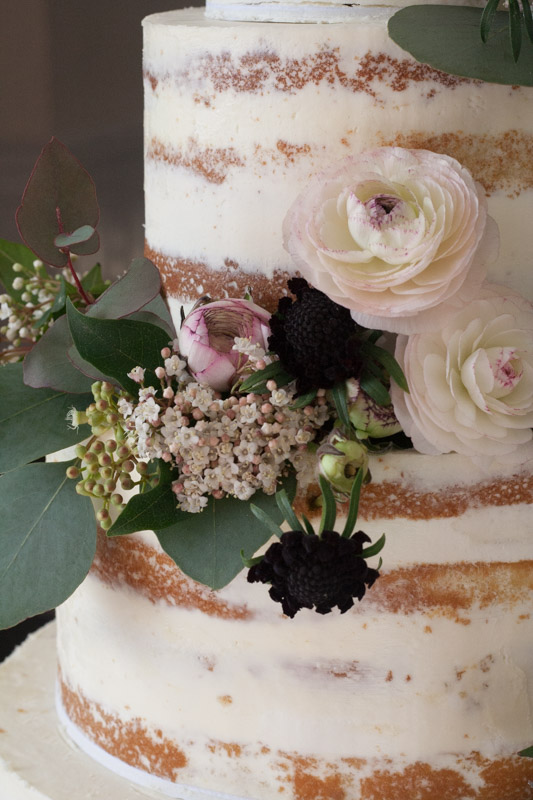 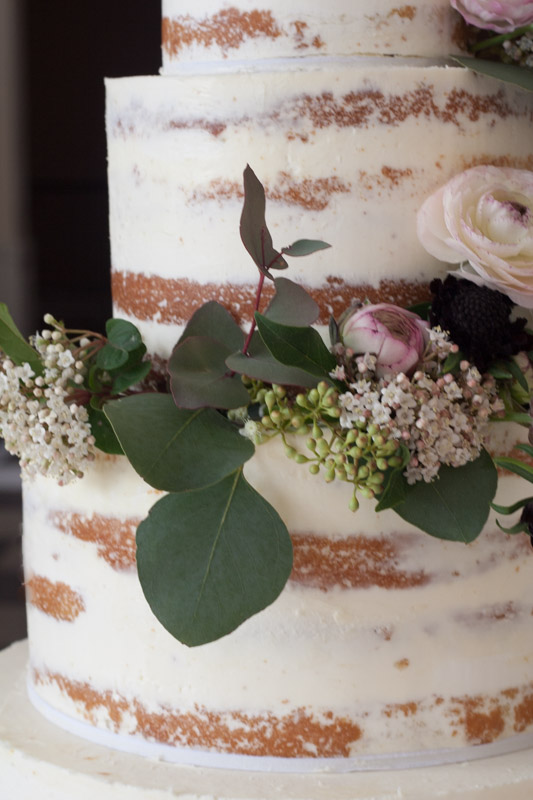